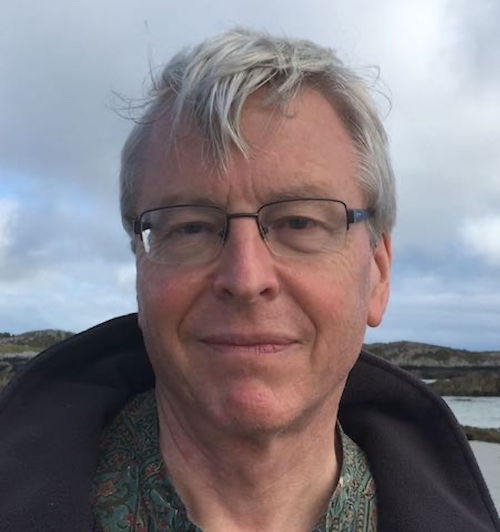 PHILIP McDONAGH was born in Dublin in 1952. He attended schools in Dublin and Copenhagen, and university at Balliol College, Oxford, where he was elected President of the Oxford Union. Philip McDonagh’s poetry collections are Carraroe in Saxony (Dedalus Press, 2003), Memories of an Ionian Diplomat (Ravi Dayal, 2004), The Song the Oriole Sang (Dedalus 2010) and Песня, которую пела иволга (Rudomino, 2011 – translations into Russian by four Russian poets, including new material). Philip McDonagh has published two works for the theatre, Gondla, or the Salvation of the Wolves (Arlen House, 2016 - an adaptation of Nikolay Gumilev’s Gondla) and Crime and Punishment (Arlen House, 2017 – an adaptation of the novel). In 2020, with three co-authors, Philip McDonagh published On the Significance of Religion for Global Diplomacy (Routledge, 2020). Philip’s poems and articles continue to appear regularly in newspapers and periodicals. Philip McDonagh is Adjunct Professor at Dublin City University and Director of the Centre for Religion, Human Values, and International Relations. Concurrently, he is Distinguished Global Fellow at the Centre of Theological Inquiry in Princeton. In the Department of Foreign Affairs, as Political Counsellor in London, Philip McDonagh played a part in the Northern Ireland peace process in the build-up to the Good Friday (Belfast) Agreement. He later served as Head of Mission in India, the Holy See, Finland, Russia, and the OSCE. As a serving diplomat, and since retiring in 2017, Philip has been closely involved in bringing lessons from the Northern Ireland peace process to other situations, including Jammu and Kashmir, Sri Lanka, the Israeli-Palestinian conflict, and the situation on the Korean peninsula.