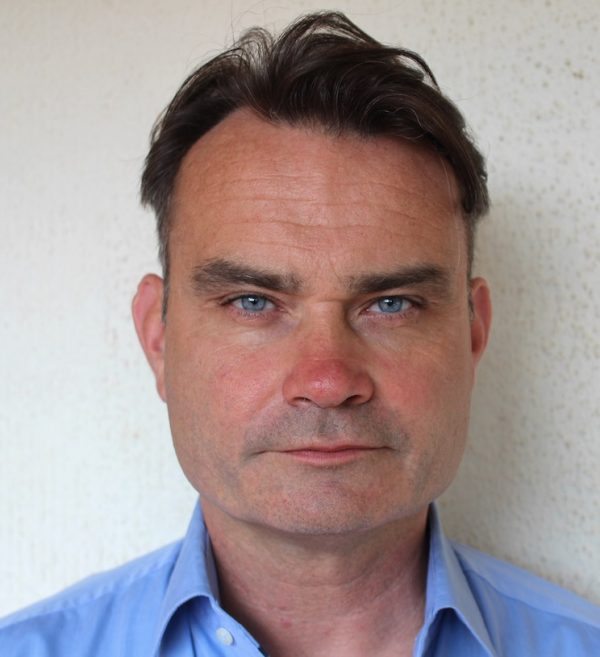 JOSEPH WOODS was born in Drogheda in 1966. He now lives with his wife and daughter in Harare, Zimbabwe where he works as an independent writer. Woods’ peregrinations have involved extensive travels in Europe, Asia, Latin America and Sub-Saharan Africa; he has also lived in Kyoto, Japan and more recently in Yangon, Myanmar. After initial studies in biology and chemistry, Woods eventually took an MA in Poetry and subsequently became Poetry Ireland’s longest serving director until 2013 when he emigrated. Joseph Woods’ first collection, Sailing to Hokkaido (Worple Press, 2001) was awarded the Patrick Kavanagh Poetry Award and Bearings (Worple Press, 2005) followed. Dedalus Press reissued Woods' first two poetry collections in one volume entitled Cargo (2010), and have published his poetry since. Woods’ third collection Ocean Letters (Dedalus Press, 2011) when translated into Hungarian by Tomas Kabdebó, was awarded the Irodalmi Jelen Prize in 2013. The critically acclaimed Monsoon Diary (Dedalus Press, 2018), Woods’ fourth collection, was based in part on his experience of living in Burma. Woods has edited numerous poetry publications, including Our Shared Japan (Dedalus Press, 2007) co-edited with Irene de Angelis; an anthology of contemporary Irish poetry concerning Japan with an accompanying essay by Seamus Heaney. With Gerard Smyth he co-edited The Poetry Project, a web anthology of visual artists and filmmakers interpreting selected poems. Woods is consulting editor to the poetry journal Cyphers and has edited anthologies of Burmese and Zimbabwean poetry for the journal. In 2014 and 2019, Woods was a recipient of the Katherine and Patrick Kavanagh Fellowship, and in 2016 and 2020, he was awarded an Arts Council of Ireland Literature Bursary. In Zimbabwe, Woods has edited a history of the Irish in Rhodesia and Zimbabwe and is working on a life of Burmese chronicler, Maurice Collis. He frequently contributes to radio, newspapers and journals. “A poet with the whole world in his hip-pocket.” — James J McAuley