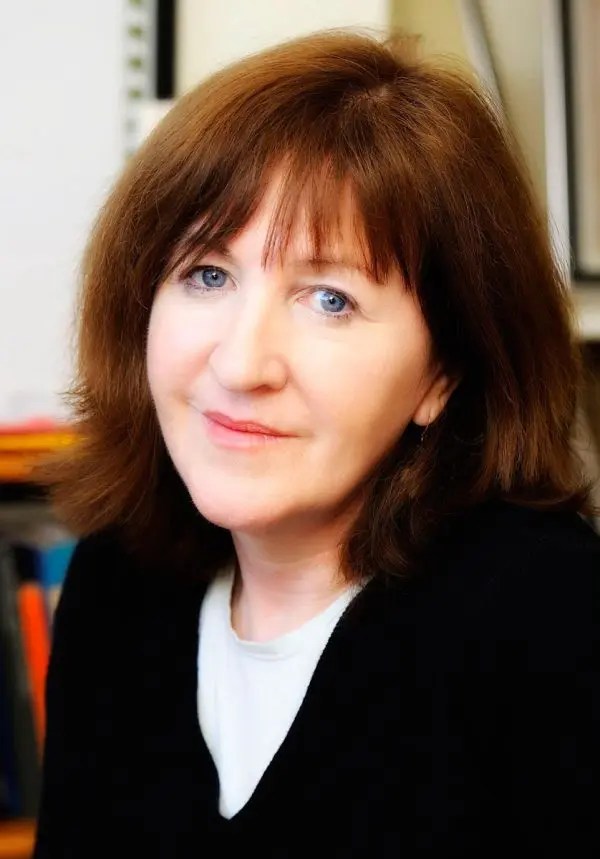 ‘Metathesis’ began with a word I either didn’t know or had forgotten. Words are air to writers and it’s possible I’d absorbed this word in much the same way one breathes through someone else’s perfume in a crowd, or inhales a fug of over-roasted coffee beans while walking past a café. I may have parked it somewhere.

Poems are given to their makers in many ways, and, like most poets, I find it difficult to write ‘about’ a subject when challenged to do so. A poem has to offer me a way in and early drafts usually involve me looking for a door or even a window I can prise open. Poems are never given a pre-composition intellectual work-over.

All I had was a word, ‘metathesis’, and a feeling that keeping that word as a working title would affect the making or not making of the poem. I didn’t look the word up in my dictionary, at least not until I had a grip on what I was trying to do. Images began to surface — vivid, cinematic, and so ephemeral that I was almost afraid to reach out for them. Looking back now at the first of many early drafts, I’m surprised at how many elements from those first scribbled pages in a notebook — the rushing river, the trees, the weather — have survived into the final version.

As a rule, I try to keep myself out of the act of composition as much as possible; any poem I’ve ever over-thought at the outset has ended up filed away in a drawer with a stake driven through its lifeless heart. I had no intentions for ‘Metathesis’ except to try and grab some of those images and take them to the page.

Stephen Spender wrote: “Poetry is a balancing of unconscious and conscious forces in the mind of the poet, the source of the poetry being the unconscious, the control being provided by the conscious.” Examining those drafts now, I notice that I have numbered each hand-written line down to fourteen. This then is the point at which I must have started that balancing.

Catching a poem while it’s still out of reach is always the most terrifying part of the process. Too light a touch and it’s liable to get bogged down in abstraction, too heavy and it can be smothered. Once I move everything to the white screen, away from my handwriting, from my physical presence on the page and my imposition on the words, I pick up a trail and my instinct kicks in. That trail could be determined by the line breaks, the physical shape on the page, or by a single, ‘concrete’ image. It could be what I call the ‘axle’ word, the one around which the poem turns. It could be the rhyme, if there is one, or the form, again if there is one.

The British poet, Paul Farley has said that, ‘Engaging with form — any form — means there’s at least a chance that you’ll say something you weren’t going to say. Too much freedom gives you that rabbit-in-the-headlights thing.’ This is something with which I concur (and repeat so often that I am in danger of having it inscribed on my headstone). Anne Sexton and Adrienne Rich have made similar comments. I’ve found that concentrating on the mechanics, so to speak, helps to take my mind away from any intentions I might have for long enough to allow the poem to come through. But I would write in form only if the poem demanded it.

As ‘Metathesis’ developed, I put the initial draft to one side. A second part was written; this rhymed, but with the end words set far apart, and an ‘eye rhyme’ towards the start, not loudly. What became the opening section of the triptych, unrhymed apart from the final couplet, came next. The initial draft I’d put aside ended up being the final part. I decided to experiment with rhyme patterns here to see what would happen. It surprised me by confirming ‘Metathesis’ as being the correct title for a poem concerned with the randomness of life — how a decision as seemingly quick and unfreighted with intent as simply moving one letter about in a word, for instance, can dictate the way in which a life is played out.

As for knowing when a poem is finished— well, I’m with Mr Yeats when he said that, “The correction of prose, because it has no fixed laws, is endless, a poem comes right with a click like a closing box.” I tend to keep going until I hear (or at least think I can hear) that ‘click.’

Even as part of a longer sequence, every poem has its own separate life while I’m working on it. Later, if it were to be placed between covers, I would hope that it should not only ‘click’ but talk to its neighbours. Like one of those vinyl records which, in pre-download days, we listened to all the way through from first track to last — albums written to be heard that way — a poem should be able to stand alone while keeping its place in the overall flow demanded by a book. The older I get, though, and the longer I’m writing, I’m finding that poems often arrive with their own unconsciously chosen place in that narrative already waiting.

But that’s another discussion altogether.

While she’s waiting for the lights to change
at City Hall, the storm begins; the wind
speeds the river, lifts dust, yet traffic holds
her captive on the pavement. Pulsating
at the red-to-green, the seconds counted-
out, her body’s dream-stuck lag behind her
ticking heels, the rush her heart’s dictating
to the slow, too slow of other people,
she at last steps off the street. Descended
to the car park’s underworld, on her knees
she tips her bag, finds keys, her ticket,
and becomes Persephone, reversing
fast into the dark — spinning on to where
she shouldn’t go, but has to, doesn’t care.

She knows the story of Iris, rainbow
sent to a goddess with a god’s request —
an order really, it occurs to her
on the platform, the station almost empty,
a gape in the bird-flecked, seascape roof now
holding those seven curved colours, the rest
of the sky pale beyond the glass. Easter
Monday passes, cold as Persephone
who craved the warmth of red, orange, yellow —
the green, blue, indigo, violet, fast-
dyed by the tears of her goddess-mother;
the ground beneath her quaking, she can’t see
the train, still miles away, the ferrous dance
as track locks into track at its advance.

Beyond the window’s skin, a scattered white,
the many weathers March defines as light,
all that’s left of the storm now its surface
of flotsam on the river she can’t hear.
Up-tumbled desperately from mud, it’s dragged
back to an underworld that’s mapped and snagged
in the hollow of her cup. Silted there,
are tea-leaf letters that she tilts, re-shapes
to other orders, different words, the three
attempts to change what she, Persephone,
can only know — bare trees that never felt
the rip and snap until it was too late,
that never had the chance to turn about
in seasons she has made, can’t live without. 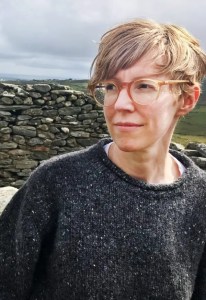 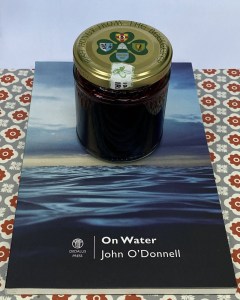 Poetry publishing is an odd business at the best of times. But yesterday’s unusual exchange with a customer was of the kind 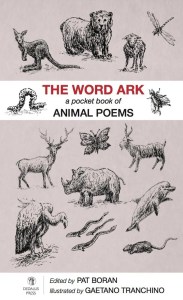 FOLLOWING is our series of 5 postcards, issued in June 2020 to mark the publication of The Word Ark: A Pocket Book