Comprehensive overview of the work of Macdara Woods, one of the senior figures and most distinctive voices in contemporary Irish poetry.

Comprehensive overview of the work of Macdara Woods, one of the senior figures and most distinctive voices in contemporary Irish poetry.

Macdara Woods was one of the best-known names in contemporary Irish poetry, with his work translated into more than a dozen languages. In his 70th year, Dedalus issued Collected Poems, a generous overview of his many collections from his 1970 debut to 2011’s The Cotard Dimension, alongside a number of new poems and poems previously uncollected. Politically aware, lyrical and formally adventurous, Woods’ poems expand the range of contemporary Irish poetry.

“Collected Poems celebrates Woods’s profound commitment to his independent art. In it, the tumblers of his locks fall into place.”
— Mary Shine Thompson, The Irish Times 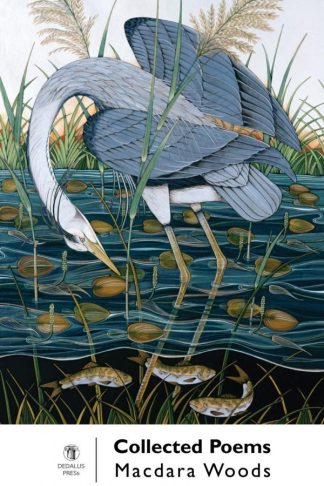