Second collection of poems by poet based in Amherst, Massachussetts, with strong Irish links.

All Poetry, Other English Language

Second collection of poems by poet based in Amherst, Massachussetts, with strong Irish links

This is the second collection of poems by Peggy O’Brien, the follow-up to 2004’s Sudden Thaw (Lilliput Press), which featured among the Books of the Year in The Irish Times.

“Here are poems of a quiet elegance that examine the natural world in a soft and almost grateful manner. ‘Feather, Rocks and Bones’ is an account of what O’Brien has gathered on her “necessary walks through owl deranged forests”, and it ends with a heart-stopping moment of parental feeling, triggered by the sight of a “foetal feather still albumen glued” to the inside of a shattered egg. O’Brien knows how to invest her poems not just with grace, but with an undercurrent of real power.”—The Sunday Tribune PEGGY O’BRIEN was born and raised in western Massachusetts (b. 1945). After graduating from Mount Holyoke College, she pursued graduate work in Ireland, eventually earning her PhD from Trinity College Dublin where she went on to lecture in the English Department. Peggy O’Brien has been the recipient of fellowships at Harvard University, Queens University Belfast and the Bogliasco Foundation in Italy. To this day, she publishes her work on both sides of the Atlantic. Her poems have appeared in The New Yorker, The Yale Review, Southwest Review, Poetry Ireland Review, Cyphers, The Irish Times and elsewhere. Peggy is the author of four collections of poems: Sudden Thaw (Orchises Press and The Lilliput Press, 2004), Frog Spotting (Dedalus Press, 2009), Trusting Ice (Orchises Press, 2015) and most recently Tongues (Orchises Press and New Island Books, 2019). She is the editor of the Wake Forest Book of Irish Women’s Poetry (Wake Forest University Press, first edition in 2000, second edition in 2011), and she is the author of the critical study, Writing Lough Derg, from William Carleton to Seamus Heaney (Syracuse University Press, 2006). Having spent half of her teaching career at TCD, she spent the second half at the University of Massachusetts, Amherst. She now lives in a small cottage in Amherst, not far from Emily Dickinson’s imposing homestead. Peggy O’Brien spends as much time as possible in Ireland, where her daughter and granddaughters live. REVIEW EXCERPT "O'Brien knows how to invest her poems not just with grace, but with an undercurrent of real power." — The Sunday Tribune 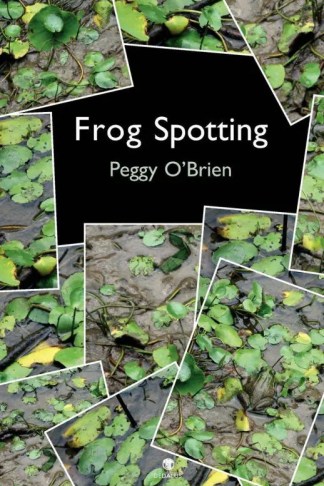 You're viewing: Frogspotting €11.00
Add to basket
We use cookies on our website to give you the most relevant experience by remembering your preferences and repeat visits. By clicking “Accept All”, you consent to the use of all of the cookies. However, you may instead visit "Cookie Settings" to provide a controlled consent.
Cookie SettingsAccept All
Manage consent