Armagh born poet Conor Carville’s debut collection of poems is an astonishingly confident and accomplished one, formally assured and always surprising and inventive. The poems move back and forth in time and across the world to listen to accounts of harm and the means through which it has been resisted or overcome. The voices of St. Patrick’s sister, of Anaxagoras of Clazomenae, Kandinsky, Walter Benjamin, an 18th century mariner and a wheelie-bin are just some of those that appear in poems that probe the limits of historical memory and measure the reverberations of violence both psychic and political. Memories of childhood and youth in Northern Ireland merge with reflections on the globalized present in a book that is as varied in its music and form as it is moving and incisive in its content. Conor Carville was born in Armagh City. Educated at Trinity College Dublin and Oxford University, he is currently Associate Professor in English and Creative Writing at the University of Reading. His critical work on cultural theory and Irish writing, The Ends of Ireland: Criticism, History, Subjectivity, was published in 2012. In 2007 he won the Patrick Kavanagh Award for Poetry. Conor Carville lives in London with his wife and daughter. Harm's Way, his debut collection of poems, was published by Dedalus in February 2013. 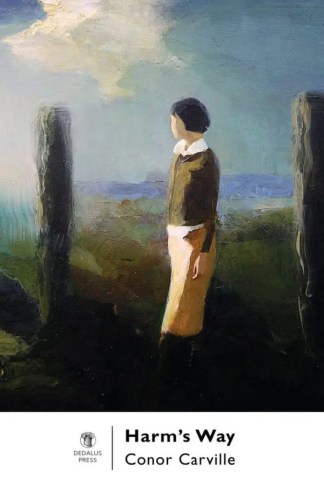