Richard Tillinghast is one of the best known of his generation of American poets, and has long and strong associations with Ireland where he has lived for extended periods on a number of occasions. His wide-ranging Selected Poems is introduced by the late Dennis O’Driscoll.

“From the earliest poems gathered here, written in the 1960s, through to poems first published in 2008, Tillinghast has crafted works of great beauty on a wide range of themes and subjects: they “Archaeologise the ordinary”, as he puts it in one late poem, but he is also a poet who “Sing[s] songs of the Machine Age”…. [T]his volume of Selected Poems from the Dedalus Press is the perfect introduction for those who have not yet become acquainted with his … work.”
— Philip Coleman, The Irish Times Richard Tillinghast, a native of Memphis, Tennessee, first came to Kinvara, County Galway, for a year in 1990 on an Amy Lowell travel grant and has long since been a distinctive presence on the Irish literary scene. Selected Poems is his tenth book of poems. He is also the author of three non-fiction works including Damaged Grandeur, a critical memoir of Robert Lowell, with whom he studied at Harvard, and Finding Ireland: A Poet’s Explorations of Irish Literature and Culture. With his daughter, Julia Clare Tillinghast, he has recently published Dirty August, a selection of their translations from the Turkish poet Edip Cansever. Tillinghast has also been active as a critic, travel writer and book reviewer for The Irish Times, The New York Times, and other periodicals. He has received grants from the Arts Council of Ireland and the National Endowment for the Arts, among others, and in 2008 was awarded an honorary D.Litt. by the University of the South (Sewanee). 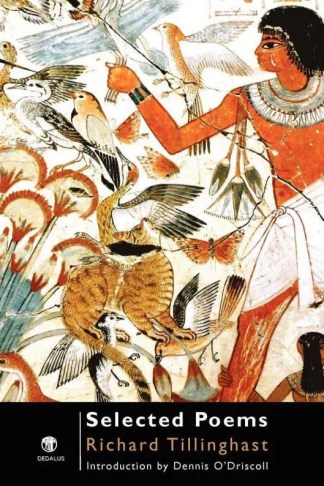