Sky Navigation Homeward is Japanese poet Mikiro Sasaki’s new and selected poems in English, the poems being chosen by the poet himself, in the main from four previous highly praised Japanese collections, translated here by Beverley Curran, Mitsuko Ohno & Nobuaki Tochigi, with an Introduction by Nobuaki Tochigi.

Sky Navigation Homeward is Mikiro Sasaki’s New and Selected Poems in English translation, the poems being chosen by the poet himself, in the main from four previous highly praised collections in his native Japanese.

Sasaki is what Nobuaki Tochigi in his Introduction calls “a multifaceted poet”, having been a screenwriter in a cinema project, travelling widely and collecting vanishing oral traditions in rural Japan, trekking in Nepal and Tibet, and, for three decades now, being involved in a cabin-building project near Mt Asama– all activities that inform and greatly enrich his work. He also leads a rich literary life, not least in annotating the complete works of Chuya Nakahara, a major Japanese lyric poet of the early 20th century.

Two previous visits to Ireland, in 1999 and 2002 respectively, feature in a number of these lyrics which may be read both as encounters with an inspiring simplicity as well as prompts to recollect people and episodes from his youth.

In that sense, Sasaki is like the most engaging of travel writers, at once journeying outwards and inwards, ever attentive and open to both experiences.

Born in Nara in 1947 and raised in Osaka, Mikiro Sasaki was Poet in residence at Oakland University in Michigan, and Part-time Lecturer in music literature at Tokyo University of the Arts, Graduate School of Music. Since his first collection The Whiplash of the Dead (Kozosha, 1970), he has published Searching for Wild Honey (22nd Takami Jun Prize), Tomorrow (20th Hagiwara Sakutaro Prize), and other works. His essays and critical collections include Nakahara Chuya (10th Suntory Arts Award), Asian Sea-route Travel (54th Yomiuri Literature Prize) and many other titles. He was also Editor of the 6-volume Nakahara Chuya Complete Works: New Edition (Kadokawa-shoten). 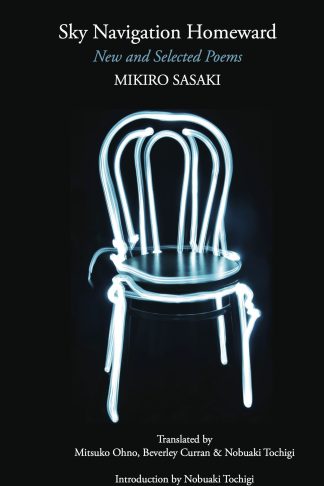