2012 collection of poems from Dublin-based poet and novelist, exploring liminal states of being, loss and reconciliation

Catherine Phil MacCarthy’s fourth collection, The Invisible Threshold explores from several angles the idea of ‘threshold’ or the ‘liminal’, the state of being in transition from one moment to the next. These poems celebrate life with a deep sense of wonder. They capture transformational moments of experience where mortality and loss as well as the ties between the body and spirit are explored. Reconciliation with a mother’s death brings ‘a sense of first breath on the earth’ and acknowledges that grief delivers a new freedom, where intense life is ‘open to pure being’ and the abundant energies of summer. 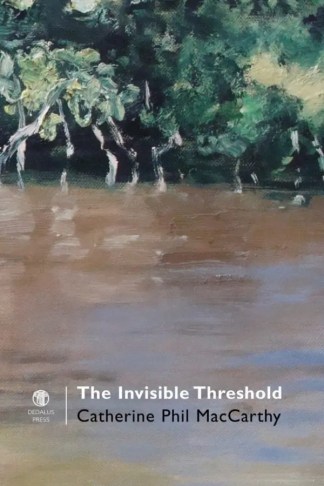 You're viewing: The Invisible Threshold €11.50
Add to basket