The Last Falcon and Small Ordinance

The publication of Dublin-born Paul Perry’s first collection of poems in 2003 saw him heralded as “a prodigiously gifted poet” by Fred D’Aguiar, for whom each poem “bristles with life and longing, intelligence and wit”. The Orchid Keeper (2006) saw that promise confirmed by a book of almost ceaseless motion, energised by the rhythms of thought and navigating between the confessional and the visionary. Taking its title from the defensive arms which, like everything else, vanished with the doomed late 16th century settlement at Roanoke, Perry’s new collection explores memory and trace, the stories that survive us and those in which we do not always recognise ourselves.

From meditations inspired by historical events to poems which treat of a brother’s illness, Perry’s imagination ranges freely through these predominately short-lined poems, resulting in work which is as lively on the page as it is likely to remain in the reader’s memory.

“His is an imagination without borders, a probing and unsettling intelligence lightly worn, a poetry that is as sensual as it is playful, real and celebratory, surging forth and then tautly reined in. It is the work of a singular imagination.” — Dermot Bolger, Sunday Business Post

Paul Perry was born in Dublin in 1972. He has won the Hennessy New Irish Writer of the Year Award and The Listowel Prize for Poetry and has been a James Michener Fellow of Creative Writing at The University of Miami, and a Cambor Fellow of Poetry at The University of Houston. His work has appeared in numerous publications, including Poetry Ireland Review, Cyphers, TLS, Granta and The Best American Poetry 2000. He has been a Writer in Residence for Co. Longford, the University of Ulster, and Rathlin Island. His first book The Drowning of the Saints was published in 2003 to critical acclaim. This was followed in 2006 by The Orchid Keeper and in 2009 by The Last Falcon and Small Ordinance. His translations include 108 Moons; The Selected Poems of Jurga Ivanauskaite. He has taught creative writing at Kingston University, London, and University College Dublin and was curator of the largest and longest running international poetry festival in Ireland, dlr Poety Now. Together with writer Karen Gillece he is the author (under the penname Karen Perry) of two popular and much-praised thrillers. REVIEW EXCERPT “His is an imagination without borders, a probing and unsettling intelligence lightly worn.” — Dermot Bolger 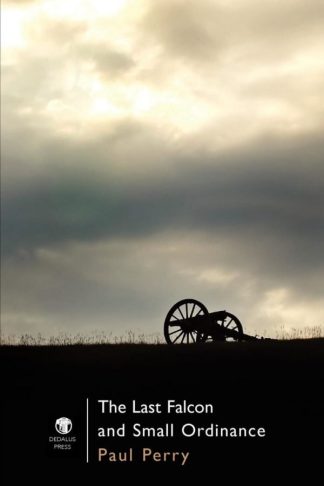 You're viewing: The Last Falcon and Small Ordinance €11.00
Add to basket
We use cookies on our website to give you the most relevant experience by remembering your preferences and repeat visits. By clicking “Accept All”, you consent to the use of all of the cookies. However, you may instead visit "Cookie Settings" to provide a controlled consent.
Cookie SettingsAccept All
Manage consent