Second collection of poems by the author of the highly praised debut, Liffey Swim.

The Quick is the second collection of poems by Jessica Traynor.

Echoes and hauntings, visions and visitations, glimpses of other worlds in the margins of this … the second collection of poems by Jessica Traynor begins with a brush with death and goes on to explore a startling variety of connections with life and the matter of living. Throughout, from the loss of loved ones to the arrival of a firstborn “no bigger / than a loaf of bread”, the poems stay faithful to a busy cast of characters which includes strangers encountered on a moonlit quay, the infamous propagandist Lord Haw-Haw, and the restless spirits of recent family, national and international history.

“Visionary, luminous and haunted, Jessica Traynor’s poems are home to a host of compelling characters: witches, changelings, the spirit of Hildegard of Bingen. In ‘The Quick’, even the grotesque is rendered with subtle delicacy – a woman whose ‘lungs fold like an origami bird’. These poems will give you goose-bumps.”
— Helen Mort

“These are poems of such formal ease and control that it is hard to believe this is only Jessica Traynor’s second collection. Her marriage of form and material is accomplished, intelligent and right.”
— Mary O’Malley

Da used to swing me over the turnstile,
to see the Dublin matches. I remember
the sight of my own legs, dangling.

I’d never see much of the game;
what’s left is the smell of men,
their coats steaming rain and beer,

being hoisted by my ribs above
the crowd, the pitch spread out
green and vast, the distance of it.

And every half-time the band
playing on the field, their music rising
and falling with the seaweed stink

that rushed in from the bay.
There’s the lads, Da would say,
and he’d wag his finger in a warning

that told me these matchstick boys
made music because they were outlaws,
each cymbal clash a cry of mea culpa,

and I imagined myself out there with them
in this rainy coliseum with my Da as Emperor
giving the thumbs down,

shaking his head for the loss of his son
to that criminal gang:
the bold boys of the Artane Band. JESSICA TRAYNOR was born in Dublin in 1984. She is poet, dramaturg and creative writing teacher. Her debut collection, Liffey Swim (Dedalus Press, 2014), was shortlisted for the Strong/Shine Award and was named one of the best poetry debuts of the past five years on Bustle.com. It has recently been published in Brazil. Her second collection, The Quick, was an Irish Times poetry choice of 2019. In 2019, she co-edited Correspondences: an anthology to call for an end to direct provision with actor Stephen Rea. The book was a best-seller, with all proceeds going to MASI (Movement of Asylum Seekers in Ireland). Recent commissions include Music for Galway/ Galway 2020, The Yeats Society Sligo, The Model, VISUAL Carlow, Dun-Laoghaire Rathdown County Council, The Arts Council, BBC Radio 4, The Arts Council, Irish National Opera, RTÉ’s Poetry Programme, Sunday Miscellany and The Salvage Press. Awards include the Ireland Chair of Poetry Bursary, Hennessy New Irish Writer of the Year and the Listowel Poetry Prize. She was the recipient of a Dublin City Council Literature Bursary and in 2009, was chosen for the Poetry Ireland Introduction Series. In 2016, she was named one of Poetry Ireland’s ‘Rising Generation’ of poets. Residencies include the 2020 Writer in Residence in Carlow College and 2020 Poet in Residence at the Yeats Society Sligo. She is an inaugural Creative Fellow of UCD, where she completed her MA in Creative Writing in 2008. 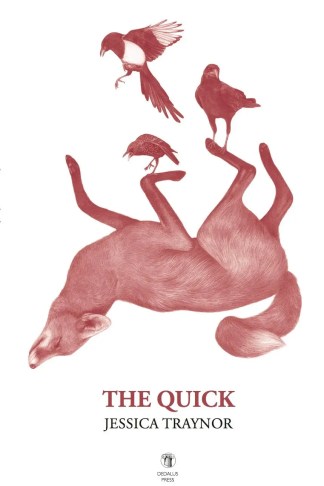 You're viewing: The Quick €12.50 – €20.00
Select options
We use cookies on our website to give you the most relevant experience by remembering your preferences and repeat visits. By clicking “Accept All”, you consent to the use of all of the cookies. However, you may instead visit "Cookie Settings" to provide a controlled consent.
Cookie SettingsAccept All
Manage consent