What This Earth Cost Us

This book gathers in the poems from Theo Dorgan’s first two collections of poems, The Ordinary House of Love and Rosa Mundi in a single volume.

Theo Dorgan’s first two collections of poems, The Ordinary House of Love and Rosa Mundi have long been out of print. This book gathers in the poems from those earlier books in a single volume and brings them to a wider audience.

“No contemporary British writer could risk, as Dorgan does in ‘A Charm on the Night of Your Birthday’, “I light the sky above our bed for you/ with seven stars of gold, ploughing/ the deep for you—” though many might give their writing hand for the debunking wit with which he continues: “and that’s not so hard/ when you are the sea”. Such fluency between registers, as between worlds, is one of the things we most want from poetry, and this book delivers it throughout.”
— Fiona Sampson, The Irish Times 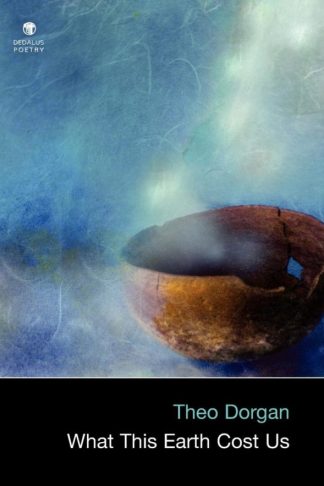 You're viewing: What This Earth Cost Us €12.00
Add to basket
We use cookies on our website to give you the most relevant experience by remembering your preferences and repeat visits. By clicking “Accept All”, you consent to the use of all of the cookies. However, you may instead visit "Cookie Settings" to provide a controlled consent.
Cookie SettingsAccept All
Manage consent