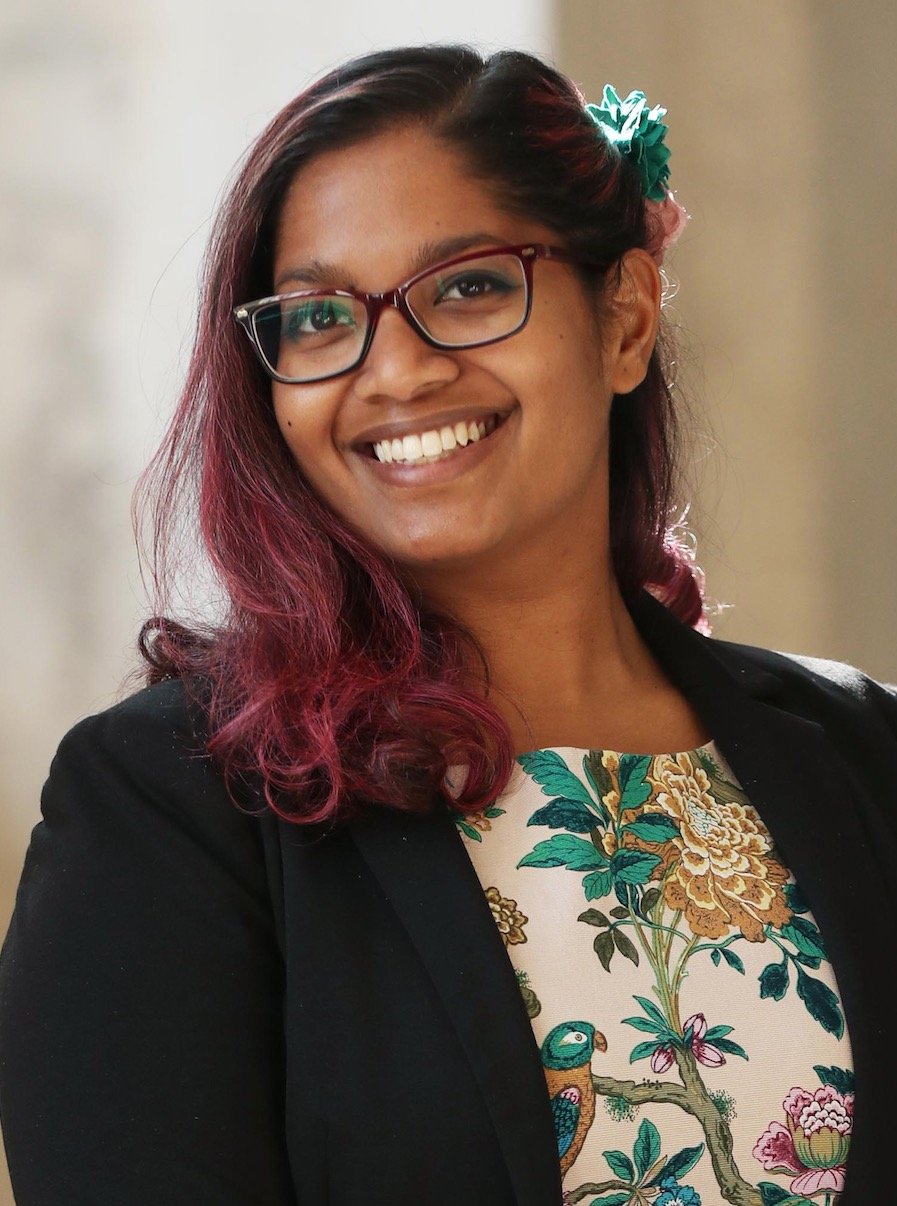 Chandrika Narayanan-Mohan, one of the contributors to Writing Home: The ‘New Irish’ Poets, considers home, belonging and the writing life

I had found an aerial shot of Dublin on Google, laid out like an intricate carpet, glowing under the rise of a morning sun; the Liffey a sapphire artery, trees and parks peeking out amongst the low buildings, lush and rain-fresh, and the stretch of sea a long sigh past the Poolbeg Towers, with Howth rising sleepily from the bay in the distance. I remember my chest loosening and the rush of relief that swept across my body. I remember thinking that I could fall in love with this city; it looked like somewhere that could be a home.

I had moved to Dublin in September 2012 after Theresa May’s immigration policies forced me out of the UK, the place I had called home for 7 years. I had to leave my friends, my partner, and the life that I had built; I moved to Dublin to start an MA at UCD where I was lucky enough to be accepted at such short notice. Before arriving, I looked up local events and began booking tickets and making plans so I could dive into a new life as soon as I arrived. I didn’t allow myself to grieve for the life I had lost – Dublin somehow felt right, and to cope, I let myself get swept up in it.

Within a week, I had gotten myself a gig as a contributing writer for LeCool Dublin, after religiously following their London edition for years. Every article of mine that they published helped validate me as someone who belonged here, who knew the scene, the streets, the performers, someone with a finger on the pulse. This was the person I had been before, and this was how I would fast-track a sense of belonging – nobody would guess that I was new here if I already had this under my belt. My knowledge of arts events in the city would be my weapon, my shield, and my armour against being the outsider that I knew I was. Writing about Dublin would make me a Dubliner, I had decided. I would write about the home I didn’t have yet, and pretend it was mine.

‘Home is wherever my underwear drawer is,’ I joked to my friends, knowing that there was no teenage bedroom to return to, or attic full of memories

As the daughter of a diplomat, home has always been a temporary concept for me. ‘Home is wherever my underwear drawer is,’ I joked to my friends, knowing that there was no teenage bedroom to return to, or attic full of memories. With all my childhood belongings in a storage unit in Blanchardstown, I knew home was a state of mind. It had to be, otherwise, people like me would be adrift forever.

So over the years, I used the arts as an anchor. I absorbed Irish history and culture through theatre, poetry, exhibitions, and cabaret. Buoyed by cultural events and supportive artistic communities, I put myself in front of a microphone for the first time in my life. I discovered I had the ability to tell stories off the cuff, and years later, I realised that I could also perform my poetry, as well as write it. I had written for as long as I can remember, but Dublin had lifted my abilities up to a new level. I lovingly mapped out the Northside in poem after poem, raising her up and praising her in all her sticky glory, in all her cigarette butts, and in the sweetest of mountain-glimpses.

I made Ireland permanent on paper, because I couldn’t make her permanent in my passport.

Living in my studio flat, in a building where white mould grew out of the walls and furred into the air, I claimed the city as my own through writing, gripping tightly to her, terrified of everything that could be taken away from me with the flick of an immigration official’s pen. After almost having to leave twice, rejected permits, unhappy jobs, damaging relationships, and all of my non-EU friends leaving one by one, I became severely depressed and suffered from horrific anxiety. And so, I clung onto Dublin as my friend, my family, and the love of my life instead. I wrote poems like ‘You City, You Boyfriend’. I made Ireland permanent on paper, because I couldn’t make her permanent in my passport.

That poem, and others, are now included in Writing Home: ‘The New Irish’ Poets, published by Dedalus Press, where 50 poets who have claimed Ireland as their home, have told their stories through poetry. It’s telling that out of my 5 poems chosen for the collection, one is about Brexit, two are about traveling across the Irish border, one is about the Irish coast, and one is a love letter to Dublin. These poems have grown from Irish soil and salt, from the blood meal of isolation from close friends and family, and a life in constant limbo. They have been honed by workshops, writing programmes, spoken word nights, and evenings shared with other poets and writers in their homes, or on their stages. They’ve been shaped by voices on both sides of the border, by those who have lived here all their lives, and those who like me, are far from the place where they were born.

These poems have grown from Irish soil and salt, from the blood meal of isolation from close friends and family, and a life in constant limbo.

But more than anything, my poems come from a constant urge to define and claim a home. My words strive to describe this life in Ireland in the manner of someone who belongs here, whilst knowing that otherness echoes around me, sits on the surface of my skin, and rings awkwardly through my mongrel accent. However, my intrinsic unbelonging is no longer something to defend myself against: I have instead turned it into a beating pulse; it is now the redness that flows through the veins of this life, and Ireland is the pen that has turned it into ink.

Chandrika Narayanan-Mohan is a Dublin-based arts manager and writer from India, who has also lived in North America, Sweden, Turkey, and the UK. She has been featured on The Moth and Mortified podcasts, with work aired on NPR and Irish radio, and regularly performs her poetry at literary and cabaret events in Dublin. In 2018 she was a participant in the Irish Writers Centre’s XBorders: Accord programme. She is among the 50 contributors to the Dedalus Press anthology, Writing Home: The ‘New Irish’ Poets (2019).